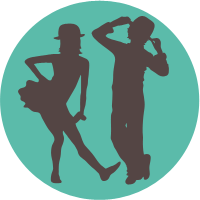 Barbie is an upcoming film based on the eponymous fashion doll line by Mattel and directed by Greta Gerwig, who co-wrote the screenplay with Noah Baumbach. Margot Robbie and Ryan Gosling lead an ensemble cast as Barbie and Ken, respectively. It serves as the first live-action film adaptation after a number of animated direct-to-video films. The film, which was announced in 2009 by Universal Pictures and originally had Laurence Mark as producer, did not begin its development until 2014, when Sony Pictures acquired the rights to the film. Following multiple writer and director changes and the casting of two different actresses to play the titular character, Sony lost the rights, and these were subsequently transferred to Warner Bros. Pictures. Robbie was cast in 2019 and also serves as a producer under her LuckyChap Entertainment banner alongside Mattel Films and Heyday Films. Gerwig was confirmed as director and co-writer with Baumbach in 2021. Gosling and the rest of the cast were announced in early 2022, and filming began in March 2022 at Warner Bros. Studios, Leavesden in England, concluding in July. Barbie is scheduled to be released in the United States on July 21, 2023, by Warner Bros. Pictures.